Guam! Northern Mariana Islands! American Samoa! The Democratic National Convention kicked off on Monday and, as we know, it wasn’t in Milwaukee. Instead, it was everywhere!

And speaking of everywhere, this week’s Burke’s Law podcast welcomes my old friend and true political professional, Andrew Ballard. Andrew has run transportation for the last three Democratic conventions and has 30 years experience working on large events, inaugurals and both Democratic and Republican conventions. He joined us this week precisely because he isn’t working — the Democrats wanted to spend this week in Milwaukee drinking beer and eating cheese, but that plan got scrapped and, for the first time, the entire convention is virtual. Andrew not only gave us an insider’s view of the logistics of holding a convention but of reimagining one, too.

I know Andrew because I have worked on three Democratic conventions with him as well as several inaugurals, and I’m so excited to share his experience on this week’s podcast. I’m joined, as always, by the other two legs of the Burke’s Law stool: Leonard Jacobs, the founder of The Clyde Fitch Report, and Michael Houk, our multimedia sound-editing wizard living, safely masked, in Georgia.

Watching the Democratic convention this week, I’ve realized that because the entire night is on TV, and virtual, the American people get to see what normally only delegates get to see. This includes me and Andrew, since transportation folk typically have to work round the clock to ensure a smooth operation. On the final night of a convention, though, you could always find us in the VIP bar area for the crowning of the Democratic candidate.

This year, millions of Americans are having their heartstrings pulled: if you don’t love kids singing the national anthem, you’re dead inside. So far, we’ve nodded in total appreciation at sometimes-awkward Zoom speeches from homes, fields and crossroads — including the GOP’s John Kasich literally standing at one. The awkward, technologically uncomfortable farmer telling us how the trade wars have decimated his farm; Jill Biden’s live speech that froze for a few seconds like every Zoom call since March. And — and — Kristin Urquiza: the daughter of an Arizona man who lost his life to COVID-19 delivering one of the single most powerful lines on Monday night about her father:

His only preexisting condition was trusting Donald Trump, and for that, he paid with his life.

And then there was Tuesday’s roll call. This is the official part of the convention when the delegate count is taken and the nomination becomes official. Usually it’s a raucous, lively sight, with each state’s delegates bedecked in buttons and bedazzled in pins and hats and waving flags and giddily shouting about their Great State of [Name That State]. 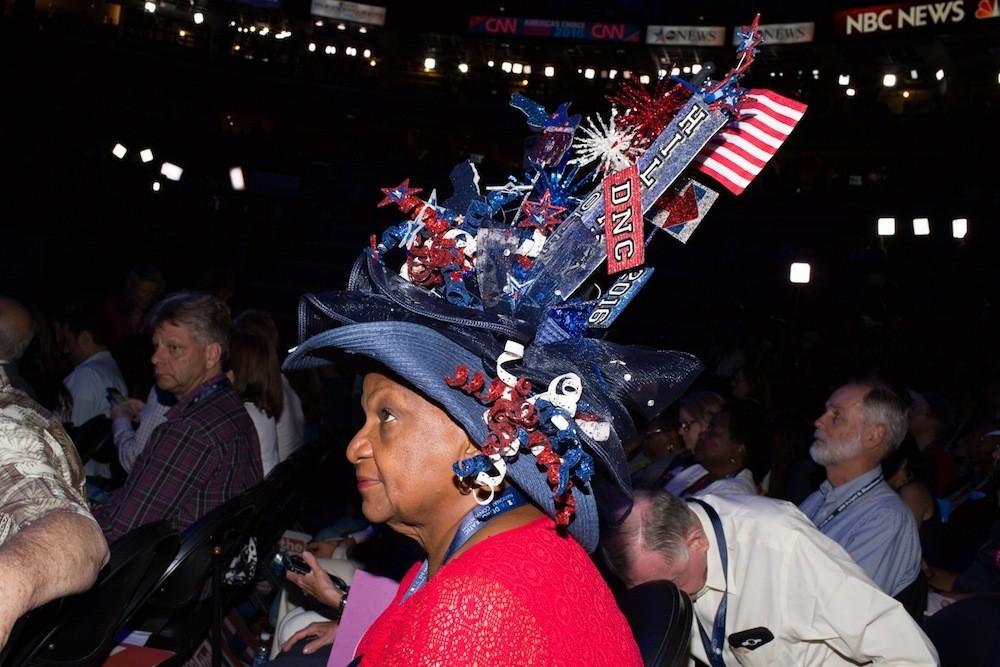 For this year’s virtual roll call, we were taken on a tour of America, showcasing the beauty of our nation and the diversity of our populace. It was like a beautifully shot movie with First Nation leaders, Matthew Shepard’s parents, Gold Star parent Khizr Khan, Parkland dad and activist Fred Guttenberg — and Miss Lindsey Graham’s opponent in South Carolina, Jamie Harrison — all representing their states. Such blatant non-whiteness was a direct poke in the eye of the racist in the White House, a clear statement that America is multi-cultural, full of immigrants, full of a whole variety of faces, religions, backgrounds and stories that make us vibrant and exciting. That non-whiteness is exactly what the scared man in the White House will use to incite fear and angst next week when the Republican convention unveils his post-apocalyptic, dystopian, fear-fueled, city-burning hellscape vision of the land of the not-free and the home of the craven.

Who will speak at it? Apparently the GOP has invited that rich white couple from St. Louis who were so terrified by a multiracial group of protesters on their street that they ran outside and brandished their guns, convinced that they might have to start killing people to protect their preposterous mega-mansion. And that despicable MAGA hat-wearing teen at the Washington Monument who was red-faced with rage, his spittle flying, standing inches from a Native American who was there for the Indigenous People March. And maybe, just maybe, Scott Baio.

Here are words from Michelle Obama’s extraordinary speech to take with you as we move into the final few months of this bizarre election year:

Donald Trump is the wrong president for our country. He has had more than enough time to prove that he can do the job, but he is clearly in over his head. He cannot meet this moment. He simply cannot be who we need him to be for us. It is what it is.

If you enjoy this podcast, please leave us a review and share this episode on social media. On Twitter, follow Liz at @burkelawNYC and follow CFR at @TheCFReport. And make sure you are registered in your state by going to www.iwillvote.com.