The last few weeks have been filled with news reports of bigots expressing their beliefs out in the open. Who can forget NYC-based lawyer Aaron Schlossberg, who yelled at customers at a fancy salad bar for speaking Spanish? His tirade is challenging to watch as he spews racist stereotypes at the bewildered people. We’ve heard words like his before: “This is my country.” “In America, you speak English.” “I’ll have you deported by ICE.” “My taxes pay for you to be here.”

Nor was this Schlossberg’s first tirade against strangers he viewed as “un-American.” In 2016, Willie Morris, a Massachusetts tech consultant, was shoved and called xenophobic profanities by Schlossberg, who threatened to call the police on Morris simply because he believed Morris was a foreigner. None of Schlossberg’s words were based on truth, except for his threats. He has the power to affect people’s lives because they’re seen, by him, as different in America, and he knows it. Schlossberg’s comments garnered him a lot of press — and a mariachi band  on his front lawn.

On June 1, another incident of very public racism was reported in the Washington Post. On his 31st birthday, Sherell Lewis of Leesville, LA, got out of his car to help a stranger remove debris from the road when 18-year-old Matthew Martin struck him with his truck. Lewis died from his wounds on the way to the hospital. Martin, meanwhile, messaged a friend on Snapchat about the incident: “Ya’ll I just hit a whole guy on the highway.” When probed further about what happened, this is how Martin responded to murdering a human being with his car: 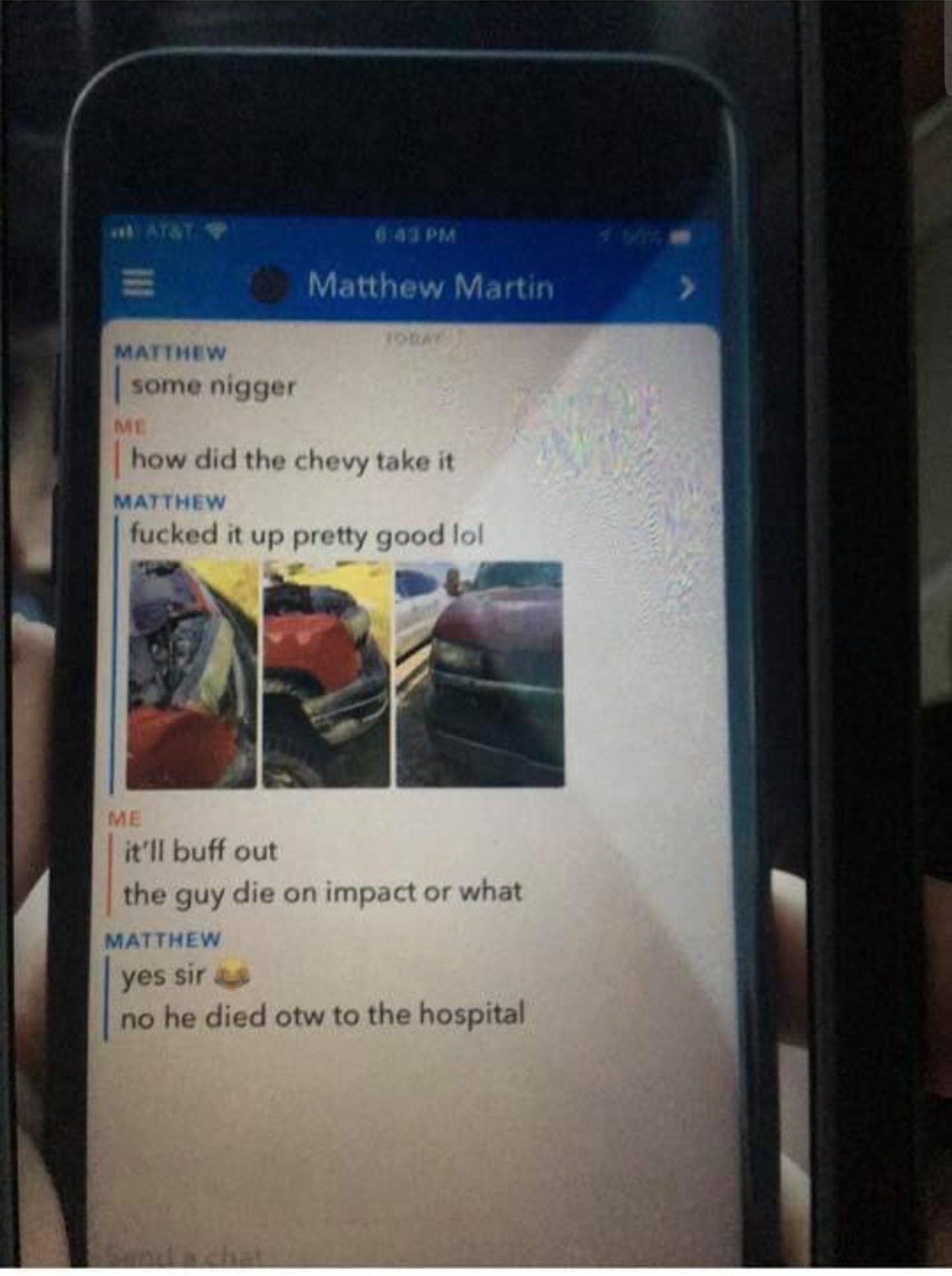 Friends soon came to Martin’s defense, arguing that his words were taken out of context. My question is this: where? How? It wasn’t his words alone that caused an uproar. It was his words paired with blatant disregard for the life he took. Police say they cannot charge him for anything. And it took a full week before most mainstream news outlets began to cover this story — and there are still many that haven’t done so.

Outbursts of public racism are indeed, lately, far from few. In May, Yale student Sarah Braasch called the police on a Black fellow student, Lolade Siyonbola, for napping in a dorm common room. Braasch, who holds four degrees and is working on a fifth, claims to “love hate speech” and believes racism is “silly.” Perez Hilton, on Facebook, recently gossiped that she has now accepted a job with the Trump administration.

Is casual acceptance of racism the new normal in America? Let’s ask Roseanne Barr and that “muslim brotherhood and planet of the apes had a baby=vj” tweet. She managed to degrade a whole ethnic group and stereotype a whole religion all at once. Comparing Black people to animals in order to validate racism has been perpetrated since the formation of this country.

I don’t believe it’s a coincidence that Schlossberg and Barr support Trump, I wouldn’t be surprised if Martin does, too. Trump appeals to racists because he does not silence them; he offers them validation from the most visible seat of power in America. In Trump, these racists have someone who shares and rejoices in their prejudices, who calls white supremacists “very fine people.” Trump directly influences and encourages these people, who have always existed, to spew their hate in the light of day, like he does.

A week after Schlossberg’s incident, he issued an apology, saying that while he should be able to express his views, he should’ve done so more calmly. To this, Mr. Schlossberg, I say no. I don’t want to hear your views expressed, no matter how calm. When your “views” are steeped in hate, are dependent on upholding prejudice, are ignorant that diversity is a strength, then I don’t want to hear your “views.” You are a mockery of democracy.

Trump recently said that his ancestors “tamed a continent.” He overlooks the truth of what happened to the native inhabitants of this land who were abused and killed in this so-called “taming.” Neither this land nor its native inhabitants ever needed taming. This repugnant brand of hate must be silenced. I don’t know how you can convince someone of the value of life when their beliefs deny you your humanity. Maybe, by calling it out, by looking their hate in the face and resisting its efforts to diminish us, what will be tamed are them.