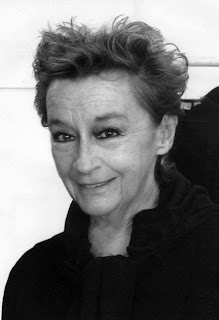 6:00pm Reception: Cocktails and Hors d’oeuvres
8:15pm Performance: The Best of Broadway with the Hit Band from Movin’Out

Early Stages Program is proud to collaborate with Youth, I.N.C. (Improving Nonprofits for Children) and 20 other outstanding youth-serving nonprofits to bring together thousands of supporters for New York City kids. Youth, I.N.C. underwrites most of the event costs, so nearly 100% of donations go directly to support Early Stages’ youth programs.

Jennifer Powers and Matt Cavanaugh will be the MC’s for the Early Stages reception with Tony Award winning producer Randall Wreghitt presenting Miss Caldwell with her award. The featured entertainment for the entire event is The Best of Broadway opening with the Hit Band from Movin’ Out with Wade Preston, the show’s original piano man. The Early Stages reception is sponsored by Conde Nast Porfolio Magazine.

Zoe Caldwell was born in Melbourne, Australia in 1933. She has performed in major theaters around the world, working with many of the greatest actors, writers & directors of the 20th Century, including Charles Laughton, Albert Finney, Edith Evans, Paul Robeson and Laurence Olivier. She has won four Tony Awads for Slapstick Tragedy, The Prime of Miss Jean Brodie, Medea and Master Class. She held the Eminent Scholar chair at Florida Atlantic University and has been elected to the Theater Hall of Fame. In 1970, she was awarded the Order of the British Empire by HRH Queen Elizabeth II. In 2001 she published her memoir, I Will Be Cleopatra (W.W. Norton & Co). Five years ago, she doffed her bonnet to the chancellor of the University of Melbourne and was made a Doctor of Laws. However, she’s always been, and remains to this day, very fond of actors and Shakespeare.

Early Stages was founded in 1983 by renowned the theatre luminaries Alvin Ailey, Lillian Gish, Michael Bennett, Helen Hayes and Jack Gilford to bridge the gap between the city’s world-class performing arts community and its underserved public schools. In the past 25 years, Early Stages has brought over 300,000 students to spectacular performances alongside regular audiences. In 1997, Early Stages launched their comprehensive in-school theatre arts program, linking public schools and the theatre community, fostering literacy through the performing arts, inspiring children to explore their own voices and improving classroom learning. Early Stages has two innovative programs: “The Early Stages Live Theatre Program,” which prepares and brings over 5,000 students and families to theatrical performances each year and “The Early Stages Storytelling Program,” their in-school comprehensive theatre arts program serving multiple grades in over 25 schools.